Bailiff’s fee is contrary to Constitution

Law Office Premium has achieved the announcement of bailiff’s fee rates to be contrary to Constitution. Constitutional Review Chamber of the Supreme Court by its decision as of 01.02.2018 has declared the clause 35 (2) 15) of Bailiffs Act to be contrary to Constitution and invalid (Supreme Court decision is available here https://www.riigikohus.ee/et/lahendid?asjaNr=5-17-11/10). The issue regarding the compliance of the above-said legal norm with Constitution has been brought up in the interests of his client by Kaarel Kais – the attorney-at-law, – when he filed an action to Tartu County Court on the client’s behalf against bailiff Janek Pool with the claim to declare compulsory enforcement to be disallowed.

Tax claim has been reduced manifold

Execution proceeding has been initiated against the client of Law Office Premium with the tax claim in the amount of more than EUR 500 000. The bailiff claimed unreasonably large bailiff’s fee from the client of the law office (initially more than EUR 20 000) in the situation, where his actions performed in execution proceeding were merely formal and no money has been recovered by the claimant as the result of his work. Law Office Premium had initially consulted the client in negotiations with the Tax and Customs Board resulting in manifold reduction in the amount of the tax claim. Then we have challenged in the client’s interests the amount of bailiff’s fee as well and we have achieved its reduction by tens of times, as well as the announcement of bailiff’s fee rates to be contrary to Constitution. 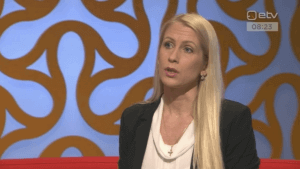 Attorney Janika Pajula has spoken in Terevisioon, how employer should behave, if there are doubts in employee's mental health.